Villager Bob Ayres was crowned Keevil’s new Wassail King in 2020, as our outgoing Queen Alison Rasey gracefully bowed out from her duties of the last five years. Villagers were treated to a smashing evening of wassailing, including apple cake, cider, and a guest appearance by the talented West Country folk duo FLY YETI FLY. 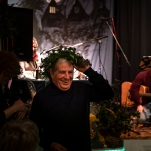 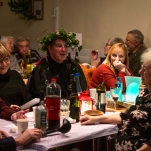 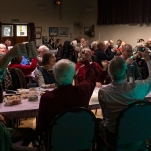 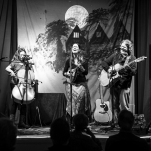 The tradition of Wassailing the apple tree takes place on 17th January around the old Lunar Calendar’s 12th night. Villagers would gather either in a farmhouse, the village hall or in the pub, and fter a few drinks and food the Wassail King or Queen would be chosen.

The assembled group would then process with the King or Queen to the apple orchard, where the biggest tree would be the one generally selected. Villagers would gather around the apple tree, making a tremendous noise with shotguns or pots and pans in order to awaken the sleeping tree and to scare off demons and evil spirits. The Wassail King or Queen would sprinkle the apple tree’s roots with Wassail to ensure a good crop of apples for the forthcoming year., and place pieces of toast soaked in cider in the forks of the tree’s branches to encourage wrens and robins to the tree. Both birds were considered lucky and sacred.

The Wassail King or Queen would then with all the villagers process around the tree in a clockwise direction (this being an act of looking forward to the new year). All would be singing the Wassail song as a blessing or charm to encourage a good harvest in the autumn.

The custom of burning the Ashen Faggot is a very old West Country tradition. The faggot is a bound bundle of ash sticks which is ceremoniously burnt. The custom is considered to date back to Saxon times. Its origin seems to come from the Scandinavians who burnt huge bonfires in honour of their God Thor. The Ash tree is regarded as the Tree of Life in norse mythology.

It was common to burn the Ashen Faggot at Wassailing times and mainly took place in Somerset during Wassail ceremonies.

The Ashen Faggot is normally bound by nine green bands. It was believed that any households that did not burn the Ashen Faggot would be in for a year’s bad luck and misfortune.

We are always looking for news and pictures of village activities, so whether you’re planning an event, have some news to report, a suggestion to make or simply looking for advice from the village community, please get in touch via the Contact Form here.

You must not use our website for or in connection with unlawful, illegal, fraudulent or harmful activity.

Much of the content on this website is created by members of the public; views expressed are theirs and, unless specifically stated otherwise, not those of the Parish Council or webmasters.

We are not responsible for the content of material belonging to other organisations, and accept no responsibility for any loss or harm howsoever caused.